Calling all the iced tea lovers, could this be the best iced tea recipe we’ve made so far? We think so. 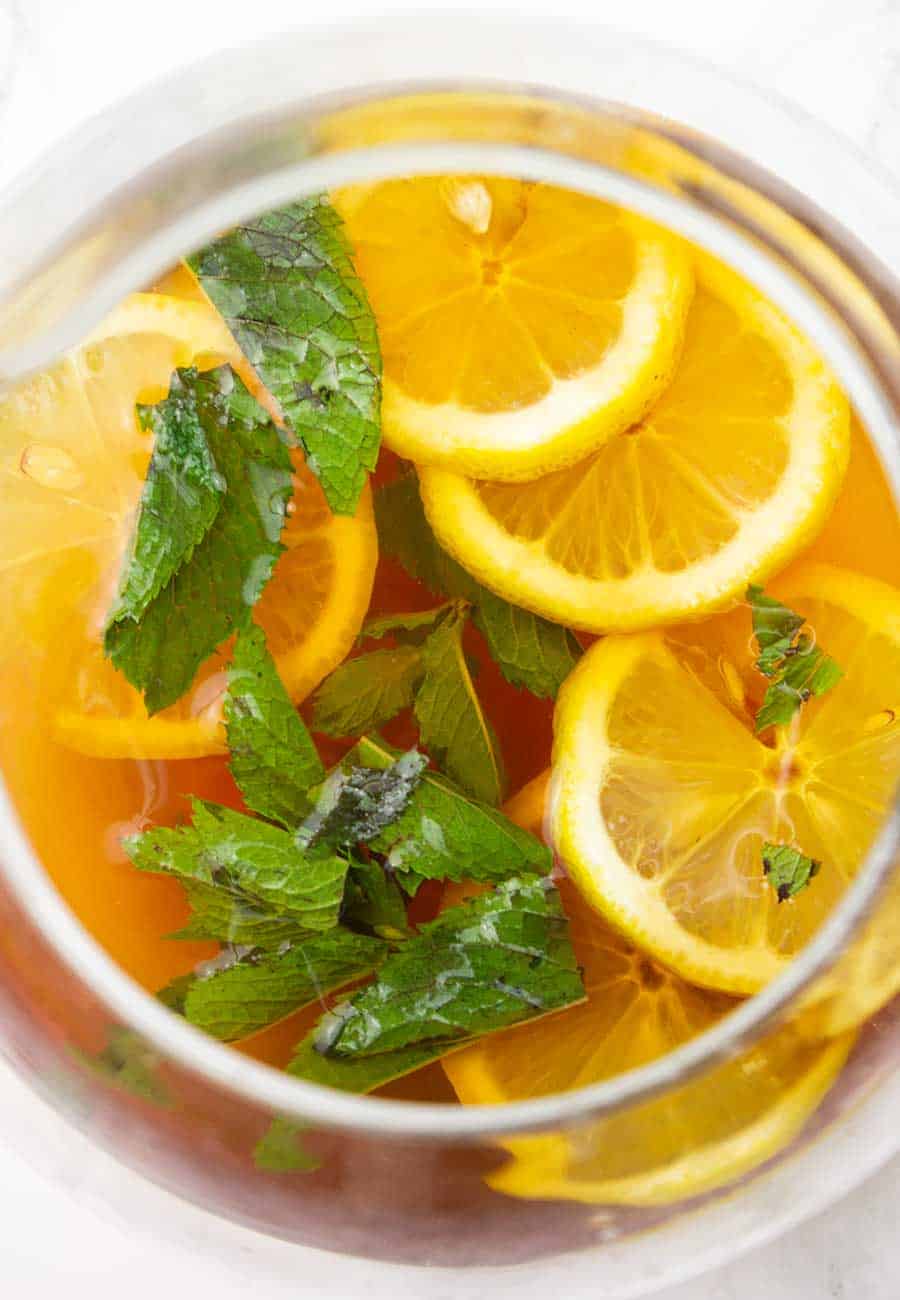 Why a tea recipe?

So what’s the old saying again. Ah yes! Eat breakfast like a king, lunch like a prince and dinner like a pauper. There is a multitude of reasons why The Anti-Cancer Kitchen likes this old adage so much. For starters, it’s a good way of maintaining an ideal weight, obesity is a leading factor in the cause of cancer after all. The idea is to eat the most nutrition at the beginning of the day so that energy is slowly released all day. The reason not to do this late at night or for dinner is simple, if you are consuming lots of calories before going to bed, then the energy is not released therefore you put on weight. Not everyone has a resting metabolism that will naturally burn these calories. There are also more in depth reasons for doing this as well which has spawned a whole array of diets, one notable diet being the 5/2 diet introduced to the world by the doctor and journalist Michael Mosley in which you eat what you like for five days of the week and nothing to very limited calories the other two. This is simply fasting, which has a knock on host of health benefits for your body including helping the body’s immunity system stave off acute illnesses such as heart disease, stroke and cancer. Eating breakfast like a king leading up to eating little or nothing in the evening is replicating this fasting. It has been suggested that fasting for up to 14 hours at a time is the ideal amount for the body to rejuvenate. Another big reason we like this adage is the whole thought of how to eat breakfast like a king. The imagery of a royal banquet for breakfast is great. It is a kind of gluttony of sorts where the subject of breakfast which we feel is mainly a healthy meal is pushed to the forefront. We’re thinking, cereals, spreads, overflowing bowls of fruit, loaves of whole grain breads and jams, pitchers of fresh juice etc, the main inspiration taken from this breakfast banquet however is not what is eaten, it is what is drunk at breakfast the whole world around and that is tea! 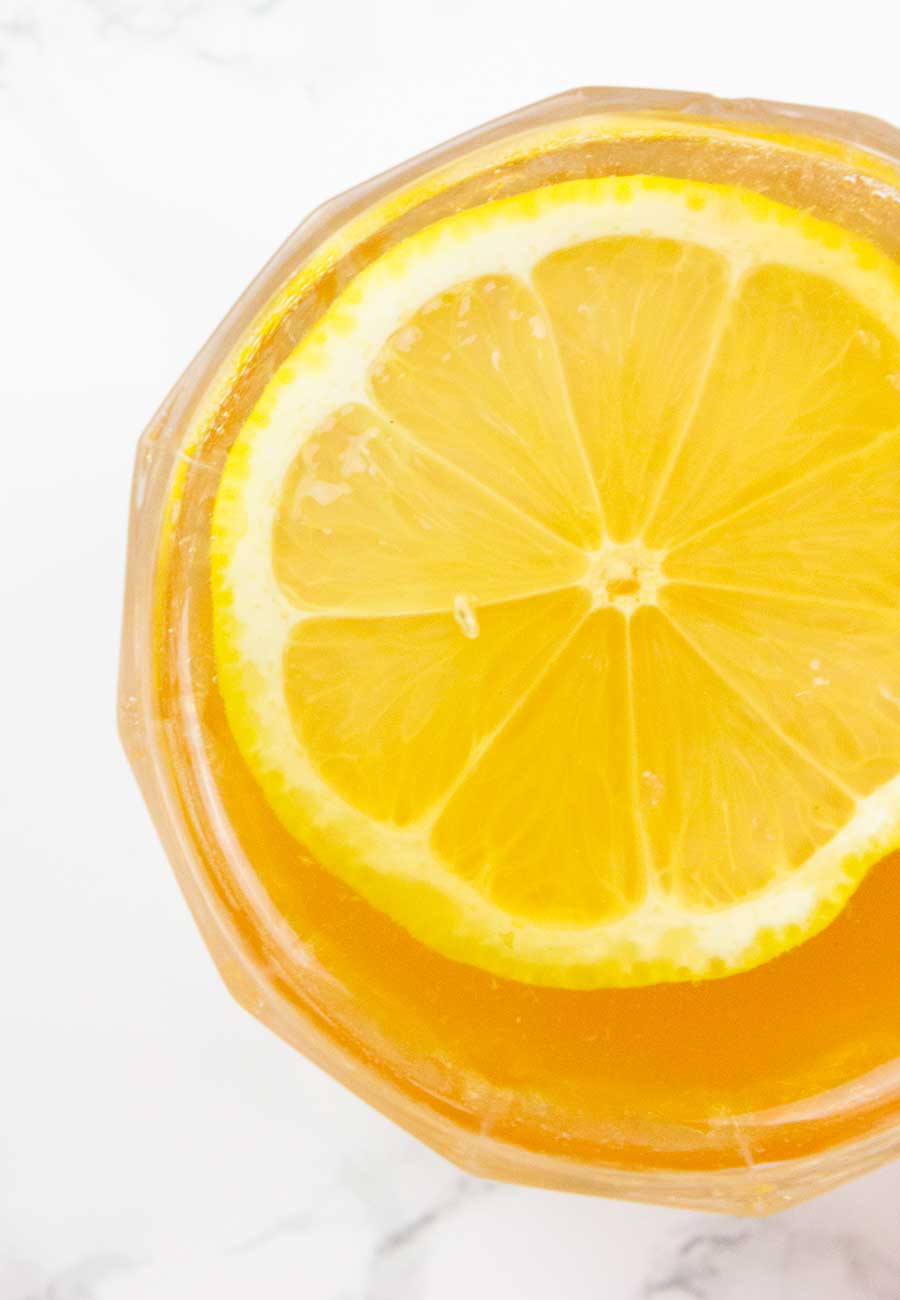 Tea has a long and complex history but generally known to have originated in southeast Asia, Burma, Sichuan and Yannan provinces of China. The first use of tea was as a medical drink but due to its popularity, it started being drunk as a stimulant. What better way to start the day off!

A cup of invigorating tea is drunk all around the world and of course not just for breakfast. Although it remains tea, it is drunk very differently throughout the world.

From its birthplace in China, the traditional Gongfu Tea ceremony sees a ritual of many stages where guests drink from elaborate cups. First, the tea leaves are offered on the nose then brewed, strained all with the use of the paraphernalia of tongs, tea towels, scent cups and tureens. Then in India, which is a massive producer and consumer of tea, black tea leaves are combined with wonderful spice blends such as Chai which uses cinnamon, ginger, cardamom, nutmeg and cloves. From these countries, tea then made its way through the silk road and onto the middle east. In the 15th century countries such as Iran saw the rise of tea houses known as chaikhanehs which have become a social institution. Tea here is served so much it is kept on a warm stove all day. It is served exceptionally strong and often accompanied by sugar cubes. In Russia, again the drinking of tea is such a social occasion it is served in large grand tamavars and reserved for special occasions. Then in the UK, Tea was introduced in the 17th century via the East India Trading Company. Today it still plays a major role in Great Britain’s very identity. You can imagine a gent in a bowler hat delicately clasping a teacup and saucer or florally clad ladies on a veranda with trays of sandwiches to the builders who famously drink tea with a bit too much sugar. It is truly a drink for everyone. 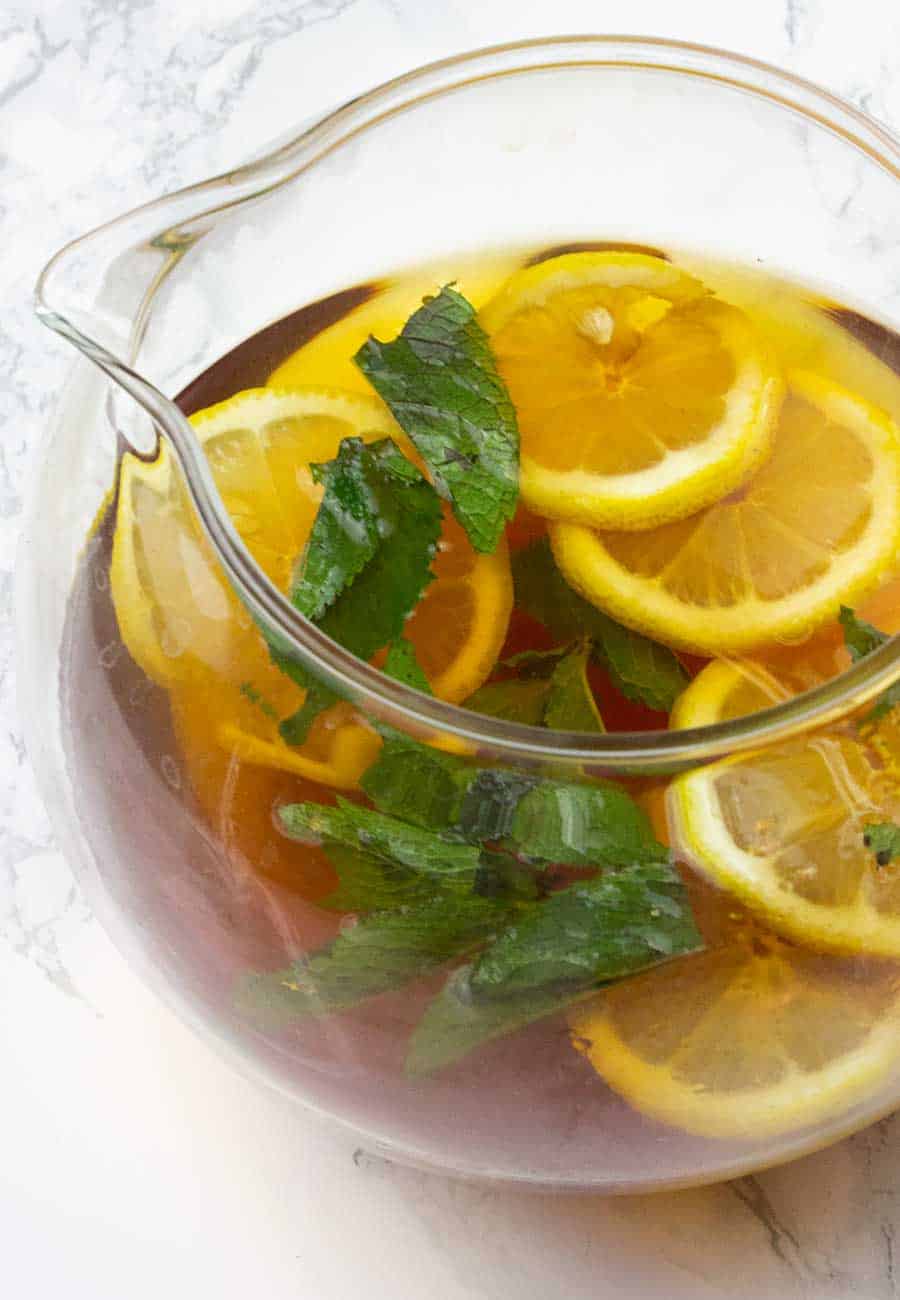 There are many varieties of tea but all non-herbal teas are made from the leaves of the Camellia sinensis. The amount of time the leaves are processed determines whether you will have a green, black, oolong, pu-erh or white tea. Green tea is one of the most ancient and healthy drinks in the world. It remains the most popular type of tea drunk in the East. These green leaves which are steeped in hot water contain high amounts (about 30% of the dry weight of the leaf) of catechin which is a powerful flavonoid antioxidant. The potency of this is about 100 times greater than vitamin C and research has shown that by regularly drinking green tea can reduce the risk of cancer. One of the most popular green teas is Japanese Matcha where the leaf itself its ground and consumed too, it has a strong bitter grassy flavour but is even more healthy. Black teas are the most popular variety of tea in the western world particularly with blends of Assam, Darjeeling, Ceylon and Lapsang souchong. English breakfast is generally a mix of Assam, Ceylon and Kenyan teas. Earl grey adds bergamot oil to get its particular perfumed taste. The difference between black tea and green tea is that black tea is sun dried to oxidise the leaves to make them darker or red. Drinking black tea has been linked with health benefits such as reducing blood pressure and the risk of type 2 diabetes. It could also improve your cholesterol levels.  Oolong tea is also an oxidised tea very much the mid process between being a green tea or a black tea. Pu-erh is either a black or green tea but it has been allowed to age through microbial fermentation. This tea is caffeinated and best consumed in the morning to increase energy levels. Due to the fermentation process, this tea matures like a wine and rare blends can be aged for up to 50 years, this is definitely having breakfast like a king! The last true tea type is white tea. This uses only the freshest leaves and is very refreshing on the palette. Although it is milder in flavour its nutritional content remains very similar to green tea.

The blending of teas one can imagine is a rather noble and artisan art performed by skilled veterans, what we are trying to create is something that we want to accompany foods at breakfast, lunch and dinner. Whether you want a refreshing or strong and bitter taste to this drink would depend on the blends used. To accompany the most typical meals we felt the best way would be to create a healthy chilled drink with the tea, therefore Iced tea, which is by no means anything new, although Lipton has made it pretty famous since 1978. Brazillians have been enjoying “mate” where cold tea is flavoured with lime as part of its beach culture for years. Japan would probably be the leading market for iced tea though where Suntory, Kirin and Coca Cola fill vending machines up and down the country. It is this variety that we want to be ambassadors for. As it is so easy to make and so healthy why not just make your own, and why not experiment with different teas and different flavours. Of course there are a number of herbal teas such as chamomile, peppermint, dandelion, rose, the list goes on. Many of these are blended with fruits and spices first but rarely do they taste as you’d expect they would. When you chill a tea, to infuse it with more flavour you have to add something very flavoursome. With the best iced tea recipe, we have opted to create a bitter sweet flavour that can be sipped rather like a wine and we think that a pink grapefruit would do this job perfectly. 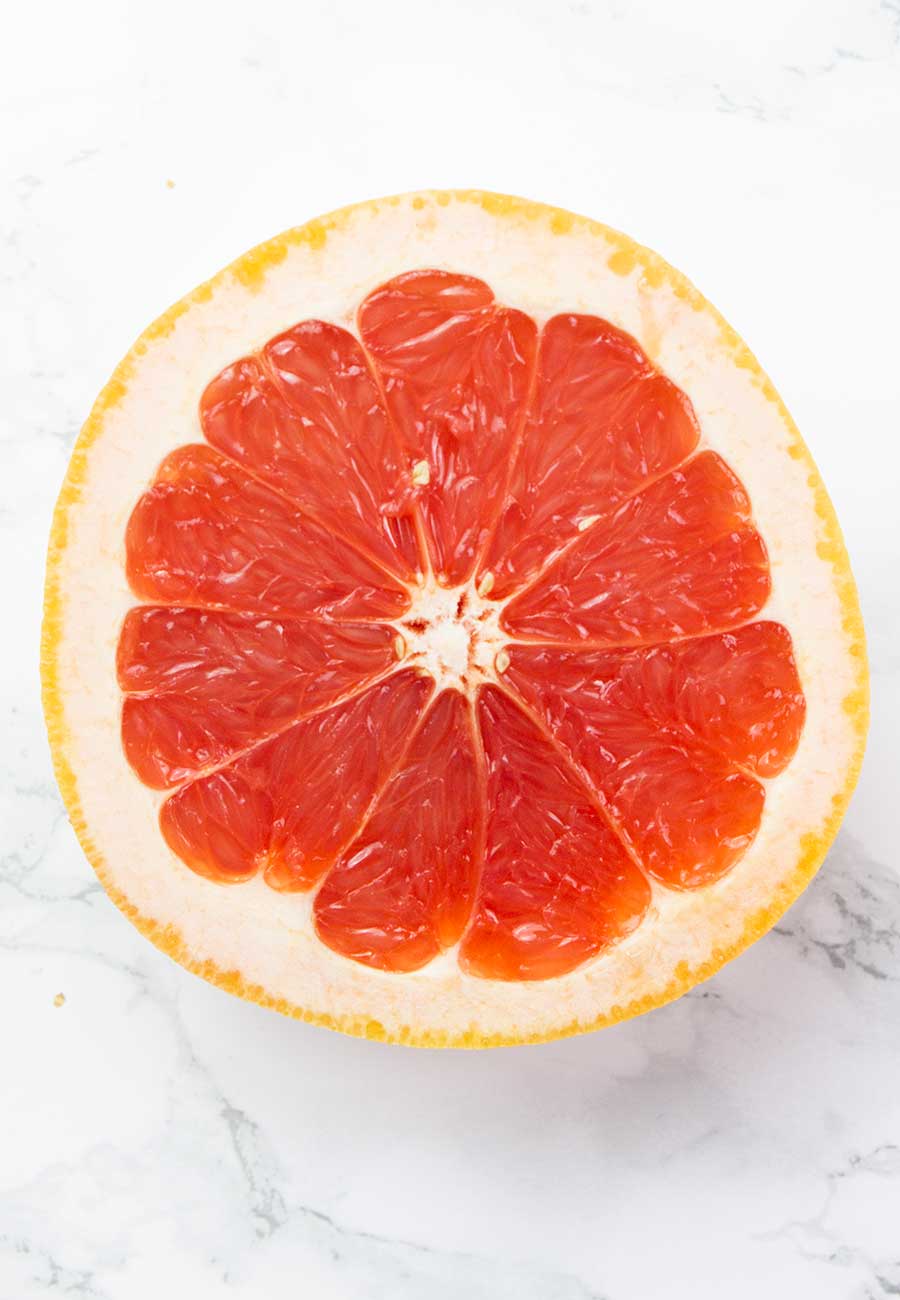 Here at The Anti-Cancer Kitchen we are always looking for a tasty and healthier alternative to many foods and drinks commonly consumed that most of the time are not so nutritious. We are introducing this iced tea ( the best iced tea recipe) as a refreshing, healthy and easy to make alternative to the many sugary drinks or alcoholic drinks that predominantly accompany meals. 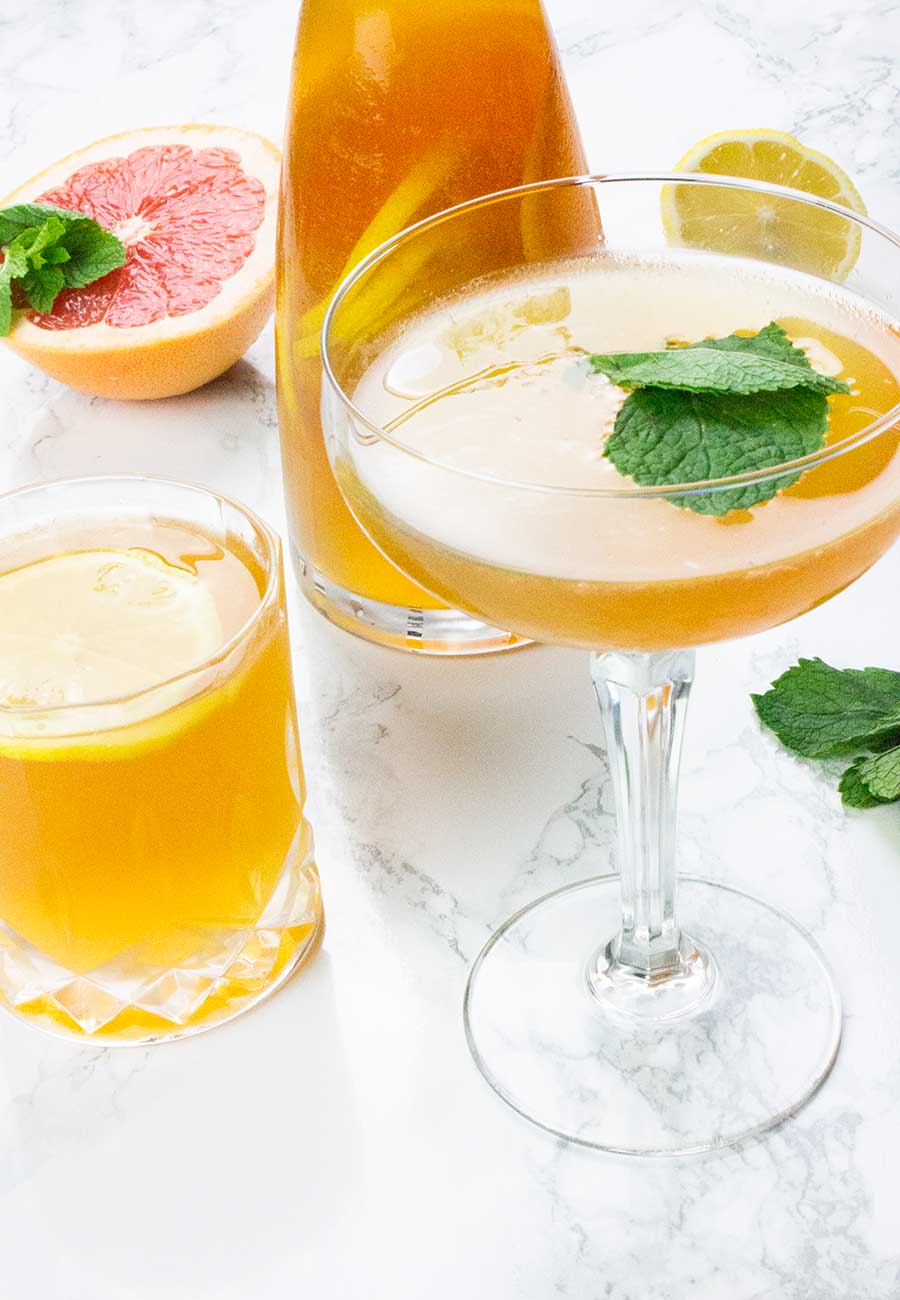 Wine is a key part of dining but with alcohol, it is not recommended as part of an anti-cancer diet. For this reason, we will continue to bring new flavour combinations of iced tea to pair with your meals, and not only give you a new taste sensation but give you another reason to be excited at breakfast, lunch or dinner time. There are hundreds of other types of tea out there to experiment with. For example, in Siberia people drink Chaga tea made with mushrooms, this has also been shown to have anti-tumour properties via some promising studies, imagine that mixed with some rich red berry juice! And then there’s chamomile, nettle and dandelion for their digestive properties, those floral flavours could certainly be jazzed up with some citrus. Certain teas such as the North American Essiac tea claims to have anti-cancer properties but we’re yet to see that in human trials, however, it is a drink definitely worth trying for its grassy taste and polyphenol content. There are teas that come from the bark of trees and the leaves of berries and the incredibly healthy Japanese forms of tea such as matcha and sencha which can be infused with any juice you can think of to create grassy, bitter, fruity or oaky notes that will certainly have your taste buds watering. 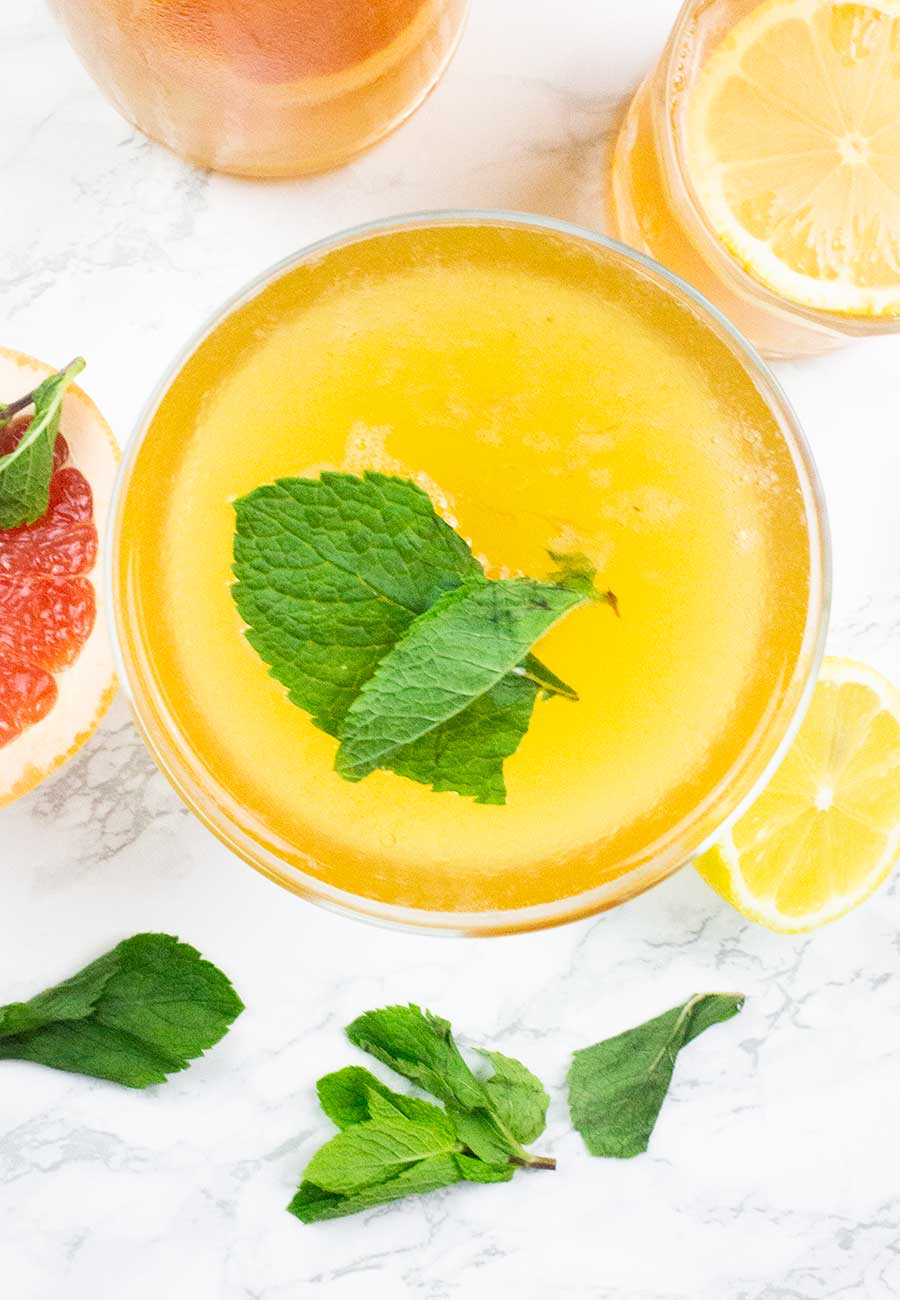 We are inspired and it’s only just started with some grapefruit and a cup of tea but somehow it’s become the best iced tea recipe we have ever done so far. 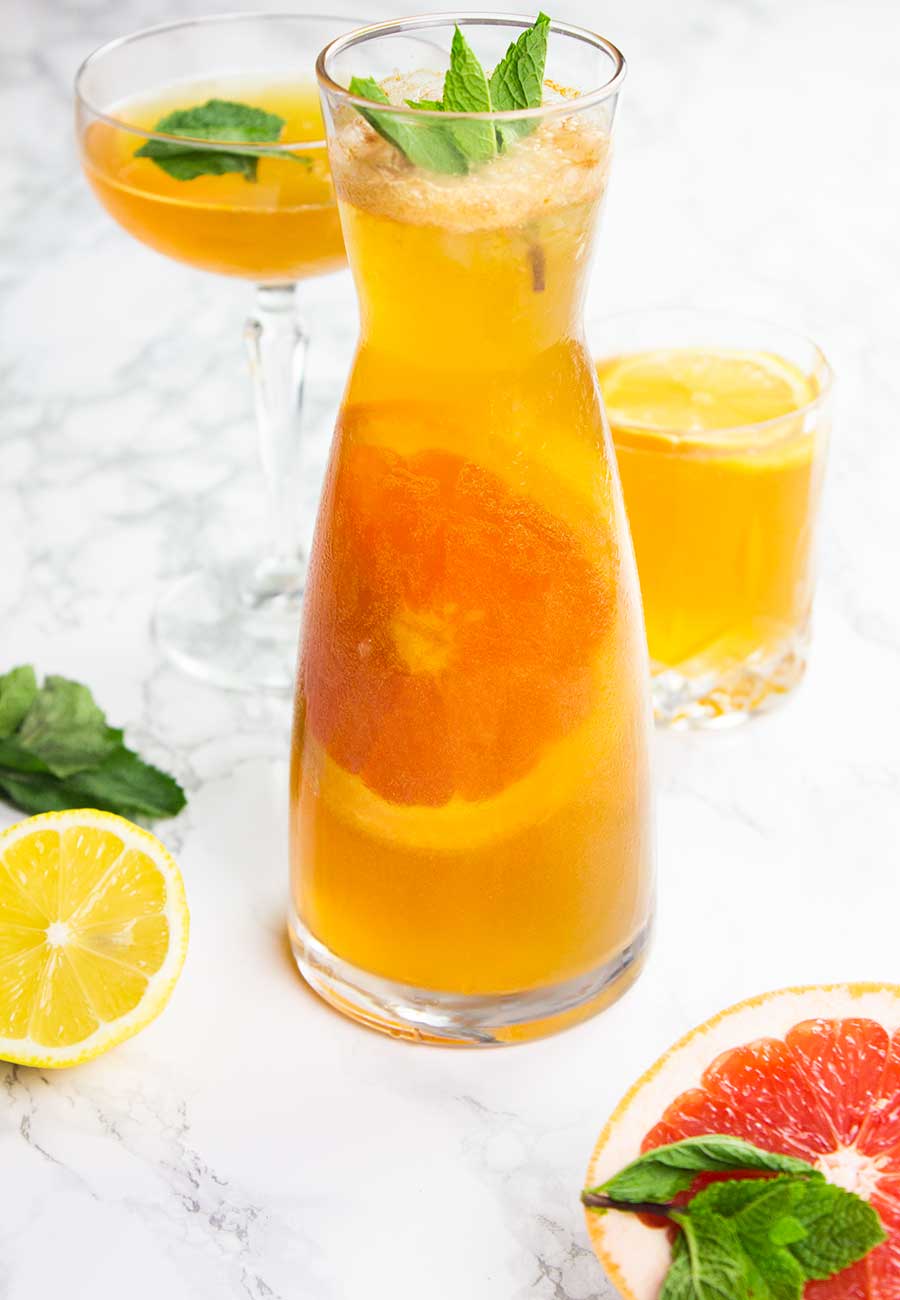 Have you made this iced tea recipe? 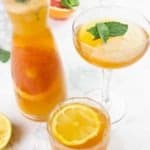 Add the agave nectar and the juice from the squeezed half of the grapefruit and stir.

Leave in the fridge until cooled, alternatively to speed up the process you can use a bar mixer filled with ice and shake the tea until chilled in batches.

Pour the chilled tea into a jar with ice and add the remaining chopped grapefruit, lemon, and mint ready to serve.