When there isn’t any vegan Worcestershire sauce at hand, make this very simple Worcestershire sauce recipe. It’s a quick and totally plant-based authentic tasting sauce that will last for weeks. It’s the best sauce to add a dash of deep flavour to cheese on toast, bloody marys, soups, and stews. 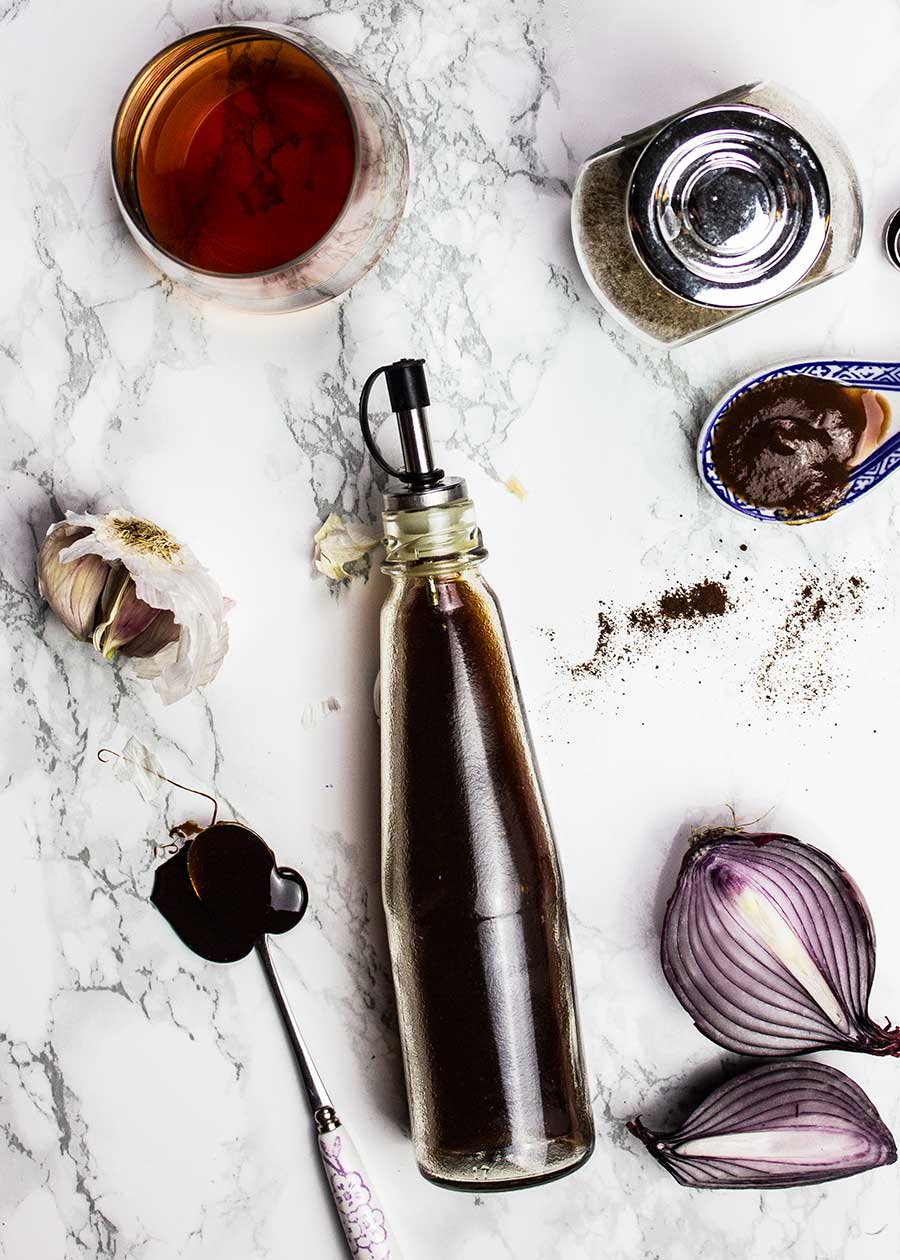 The base is a good vinegar, we like to use red wine vinegar, that is embellished with some fruity, sweet and savoury notes that come from tamarind, dates, onion, garlic and cloves. For the deep “meaty” flavour that this sauce is notable for comes, in this instance from some yeast extract.

The process is very simple with no cooking required with limited cooking appliances needed too. You just need to find a nice bottle to store it in. 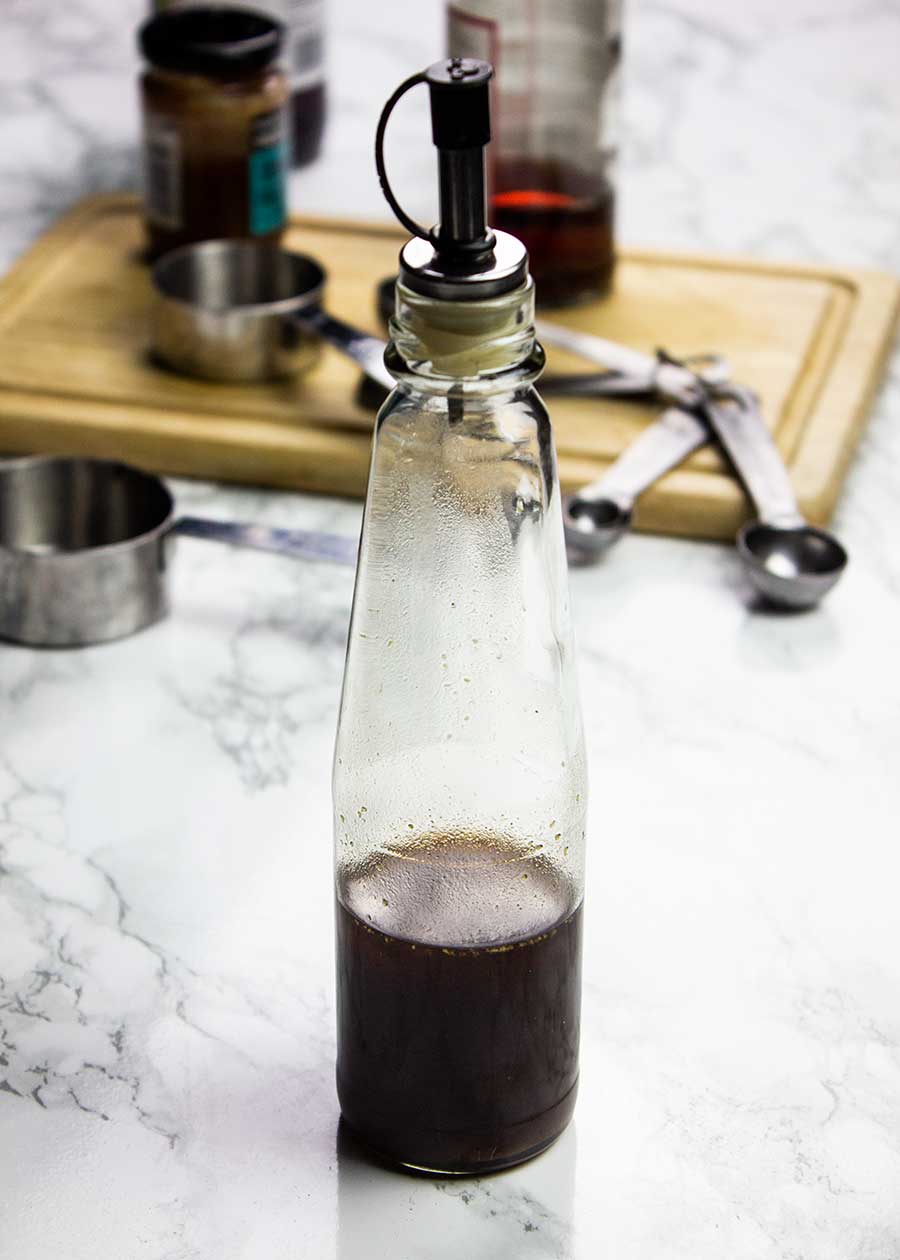 Simply measure out the ingredients and either whisk together or shake together in a bottle. Once prepared you can keep it refrigerated for up to 6 weeks.

The red wine vinegar which is the base of this sauce is high in potent antioxidants. Anthocyanins are plant compound pigments known as flavonoids that are responsible for giving dark colours to fruit and vegetables depending on their acidity. They protect the fruits when they are growing against UV light and these compounds also help protect our bodies in a similar way when we consume them. Laboratory studies have indicated that an increased anthocyanin diet could improve circulation, increase insulin sensitivity to protect against diabetes, have an increased antimicrobial capability to fight bacteria and viruses, and also have anti-inflammatory benefits for your body. Studies have also shown that anthocyanins can protect against premature aging and cancer. 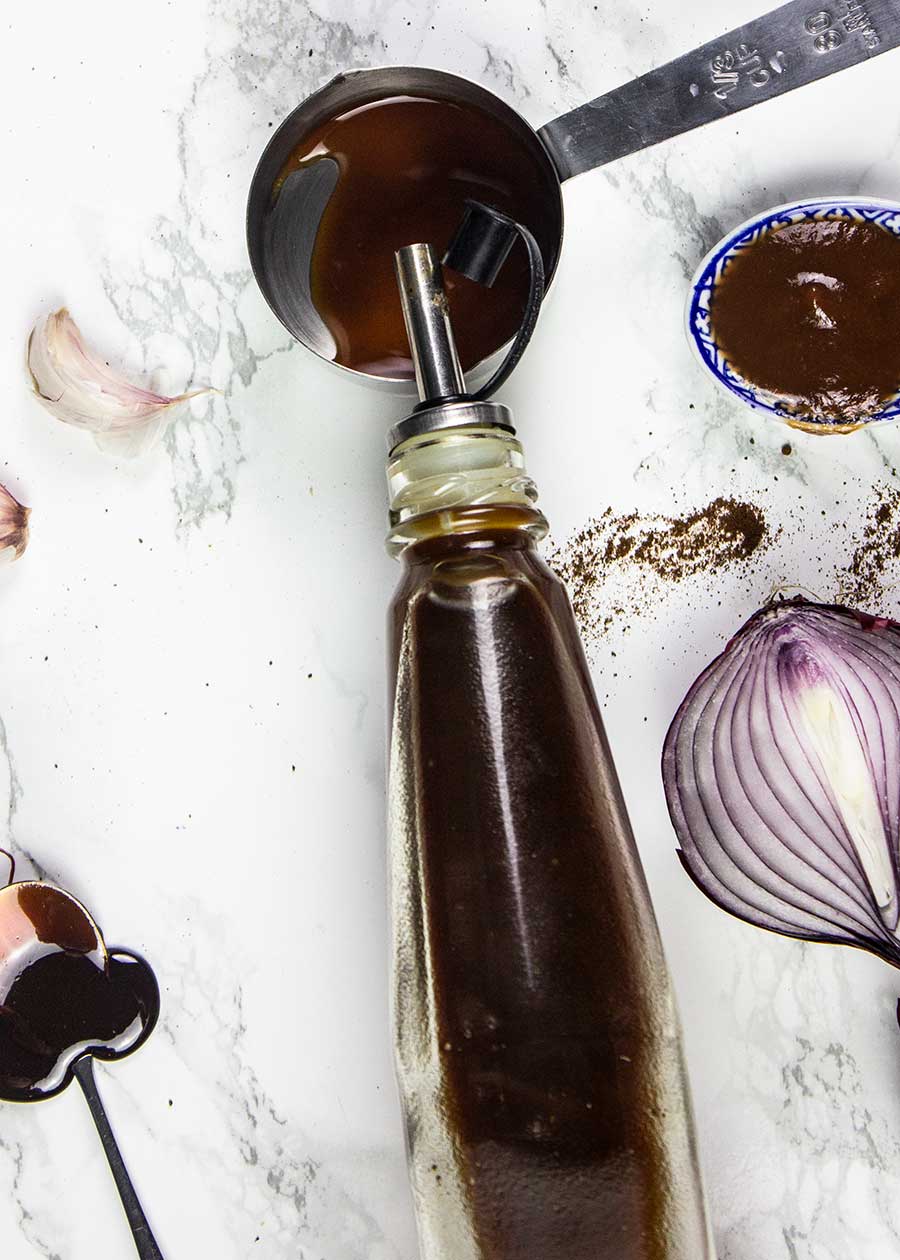 Red wine vinegar is also high in a potent cancer-fighting antioxidant called resveratrol. This is another polyphenol (plant compound) that helps the fruit or vegetable against harsh growing conditions and bacteria. This self-defense compound is said to activate genes that make certain proteins that stimulate the response to fight diseases and other microbial attackers.

The studies for resveratrol and cancer-fighting are ongoing but many studies agree that by upping the amount in your diet from natural sources such as red wine (vinegar), blueberries, cranberries, and pistachios will do have a positive effect. Resveratrol is also chemically related to estrogen and can have a normalising effect on estrogen levels.  That is they act both as an antagonist by blocking the receptors in the body from interacting with strong human estrogens and as an agonist by stimulating receptors. This could have positive effects on breast cancer.

There are often generations-old recipes that have secret ingredients, the original recipe was said to have hailed from India when the British governor of Bengal at the time encountered it and asked a couple of chemists back in Worcester, England to recreate it. The men, John Wheeley Lea and William Henry Perrins added anchovies and the sauce was born.

Instead of anchovies, however, we have used yeast extract but we have still included the flavors of dates, tamarind, garlic, and onion. We would however conclude that there may well be other secret herbs, spices, and ingredients such as soy or pickled lemons but we opted for simplicity and purely added cloves.

Tamarind is a pod fruit native to Africa but grown in tropical regions. India is the most prevalent grower of the fruit and due to the acidic and sweet flavour this fruit commonly flavours chutneys and often used in highly spiced dishes. In Thailand tamarind is a popular flavour for savoury dishes. Please see our other tamarind recipes such as our vegan pad thai and asparagus salad with Tamarind. The fruit commonly comes in three forms, a pressed block, raw pods where the pulp is extracted and in concentrated forms such as pastes available in mainstream supermarkets

When creating this recipe we found that the addition of cloves added the last dimension to give it a totally authentic flavour. We add just a little but just a little goes a long way. Cloves that have a long history in ancient medicine and Asian cuisine are very healthy. Also full of antioxidants, this spice (which can come whole or ground as in this recipe) will help the body against oxidative stress caused by free radicals which can lead to chronic diseases such as cancer, heart disease, and neurological illnesses. Eugenol, which is a prevalent antioxidant compound in cloves, has been seen to fight oxidative stress up to five times more effective than even Vitamin E. This compound also will stimulate apoptosis which is the programmed death of cancer cells. Not only do cloves also have the potential to keep your blood sugar in check and fight bacteria it is easy to introduce into your diet, especially as a little secret ingredient in an everyday sauce.

Have you made this easy Worchestershire sauce recipe?

Where to use this tasty vegan Worchestershire sauce 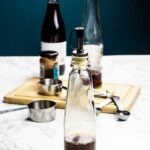 Combine all the ingredients together and whisk until smooth. Decant into a bottle with a lid.